The Basics of High Property Tax

END_OF_DOCUMENT_TOKEN_TO_BE_REPLACED

Know the People behind the Property Tax Appeal Process 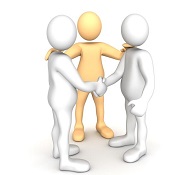 Many property owners and taxpayers entrust the entire property tax appeal process to their tax consultant, an understandable decision considering the complexity of the process and papers involved. But this shouldn’t be for many reasons, such as the fact that the real property at stake is theirs, not the tax consultant’s asset. Their active participation, although in varying degrees depending on their personal decision, is also a must, if only to gain useful knowledge about the people behind the process.

END_OF_DOCUMENT_TOKEN_TO_BE_REPLACED

Know What You Can and Cannot Control In Property Tax Increases

There’s no sense in ranting and raving about things beyond your control regarding increases in your annual property tax. You’re just wasting your energy otherwise since obviously there’s nothing that you can actually do to change these things. Instead, you should focus on what you can control and, thus, change so you can enjoy tax credits and the like.

END_OF_DOCUMENT_TOKEN_TO_BE_REPLACED

Recently much news has been made about the increasing house values around the country. Apparently the depths of the Great Recession are behind us and real estate is in full recovery mode. According to the Case-Shiller Atlanta home price index, housing values increased 18.44% year-over-year as of August 2013.

This is, of course, an average increase in house values for Atlanta real estate as a whole. I have found wide disparities from this average as I analyze values by neighborhood throughout the metro area. If we dig into the Case-Shiller Atlanta home price index a little further we can see where some of the variation is coming from.

END_OF_DOCUMENT_TOKEN_TO_BE_REPLACED 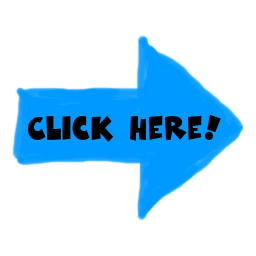 The Gwinnett County Tax Assessor’s office has now issued the 2013 Property Tax Bills to the
residential as well as the commercial property owners.

END_OF_DOCUMENT_TOKEN_TO_BE_REPLACED

As reported in the Atlanta Journal-Constitution (AJC) the Fulton County Taxpayers Foundation (FCTF) is on the verge of collapse. They have laid off the staff that was doing property tax appeal work and have hired an auditor to make a decision on whether to continue the organization under new leadership, or shut it down. The current President, John Sherman's health is failing.

END_OF_DOCUMENT_TOKEN_TO_BE_REPLACED 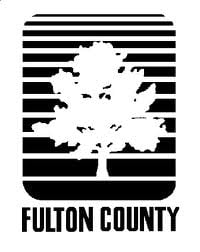 Things have not been going well for the tax offices of Atlanta GA; there have been continued complaints from home owners in Fulton that they are being systematically overtaxed through overstated values and business owners have similar concerns with many increasingly saying they will be unable to pay what they see as extortionate tax bills. To add to this, another in an increasingly long line of individuals, connected to the valuation of properties, has come into the lime light for all the wrong reasons. Donald Johnson is an Atlanta GA tax assessor and one of five who administer the setting of fair market values on homes, businesses and land lots throughout the county. The market values determine how much the taxpayers are billed. Johnson has recently had his license to practice as a professional appraiser revoked by the Georgia Real Estate Appraisers Board after allegations of incompetence, negligence, and falsifying documents related to several appraisals. Between 2005 and 2007 Johnson was found to have over valued three quadruplexes and a town house, and was accused of ignoring the values of houses on the same street and, instead, used values of homes over a mile away to set the value of the properties.

The Atlanta GA tax assessor narrowly avoided a six month suspension from the board of assessors, after an Administrative Law Judge found that there was insufficient evidence of fraud. Johnson cannot be made to step down from his position on the board of assessors, and has, so far, refused polite requests to do so. It is his belief that his private work as an appraiser has no bearing on his position as an Atlanta GA tax assessor.

The people of Fulton may, however, disagree with him on this point; in August of this year between 6,500 and 7,000 property owners received tax bills that were too high because the tax assessor’s office did not enter tax appeals into the system before the tax commissioner’s office generated bills for that coming year. The cost of sending out new bills totaled $2000 which is exceptional small when compared to the problems of the previous year.

In 2011 around 136,000 property owners in the Atlanta area received tax estimates that were too high. This was blamed on a computer glitch and missed by staff; 230,000 new assessment notices were mailed out with a cost of $140,000. You would think this would be enough, but the incompetence and problems go much further back.

Johnson is not the only Atlanta GA tax assessor to be thrown under the spotlight; last year a North Fulton appointee was asked to resign, after being judged to have been negligent by the state board.  Ricky Kenny was said to have deliberately overvalued a duplex in 2005. He also refused to resign his position, and managed to avoid losing his appraisers license by agreeing to pay $5,000 in administrative and legal costs, and taking six hours of classes on mortgage fraud.

While the law seems to have its hands tied in terms of being able to force an Atlanta GA Tax Assessor to stand down unless criminal charges are brought, there are still many people dealing with the effects of overvaluations and high tax bills. Several of those who had their property overvalued by Johnson have found themselves facing foreclosure and losing homes or businesses. There is an appeals process for home, business and land owners who believe they have been subject to an overvaluation, but it is a long process that requires them to understand how the valuation is carried out, and to be able to prove that the Atlanta GA tax assessor's value is wrong, or inequitable. This requires time and research, but can be fruitful in the end.