For tax year 2013, when the taxpayer would like to pay at 100% of the tax, they must request this change BEFORE the first installment of the 2013 property tax has been made or before the first installment due date for the 2013 property taxes, whichever occurs first. Otherwise, the temporary value will be calculated as provided in this code section.

Official Code of Georgia Annotated (OCGA) 48-5-311 (e)(6)(D)(iii)(I) If the county's tax bills are issued before the county board of equalization has rendered its decision on property which is on appeal, the county board of tax assessors shall specify to the county tax commissioner the lesser of the valuation in the year preceding the year in which the appeal was filed or 85 percent of the current year's value, unless the property in issue has been issued a building permit and structural improvements have occurred, or structural improvements have been made without a building permit, in which case, it shall specify 85 percent of the current year's valuation as set by the county board of assessors. Depending on the circumstances of the property, this amount shall be the basis for a temporary tax bill to be issued; provided, however, that the taxpayer may elect to pay the temporary tax bill in the amount of 100 percent of the current year's valuation if no property improvement has occurred. The county tax commissioner shall have the authority to adjust such tax bill to reflect the 100 percent value as requested by the taxpayer. Such tax bill shall be accompanied by a notice to the taxpayer that the bill is a temporary tax bill pending the outcome of the appeal process. Such notice shall also indicate that upon resolution of the appeal, there may be additional taxes due or a refund issued.

(II) For the purposes of this Code section, any final value that causes a deduction in taxes and creates a refund that is owed to the taxpayer shall be paid by the tax commissioner to the taxpayer, entity, or transferee who paid the taxes within 60 days from the date of the final determination of value. Such refund shall include interest on the amount of the deduction at the same rate specified in Code Section 48-2-35 which shall accrue from November 15 of the taxable year in question or the date the final installment was due or was paid, whichever is later, through to the date paid or 60 days from the date of the final determination, whichever is earlier. In no event shall the amount of such interest exceed $150.00 for homestead property or $5,000.00 for nonhomestead property. Any refund paid after the sixtieth day shall accrue interest from the sixty-first day until paid with interest at the same rate specified in Code Section 48-2-35. The interest accrued after the sixtieth day and forward shall not be subject to the limits imposed by this subsection. The tax commissioner shall pay the tax refund and any interest for the refund from current collections in the same proportion for each of the levying authorities for whom the taxes were collected.

III) For the purposes of this Code section, any final value that causes an increase in taxes and creates an additional billing shall be paid to the tax commissioner as any other tax due along with interest as specified in Code Section 48-2-35. The tax commissioner shall adjust the tax bill, including interest, within 15 days from the date of the final determination of value and mail the adjusted bill to the taxpayer. Such interest shall accrue from November 15 of the taxable year in question or the final installment of the tax was due through to the date the bill was adjusted and mailed or 15 days from the date of the final determination, whichever is earlier. The interest computed on the additional billing shall in no event exceed $150.00 for homestead property or $5,000.00 for nonhomestead property. After the tax bill notice has been mailed out, the taxpayer shall be afforded 60 days from the date of the postmark to make full payment of the adjusted bill and interest. Once the 60 day payment period has expired, the bill shall be considered past due, and interest shall accrue as specified in Code Section 48-2-40 without limit until the bill is paid in full. Once past due, all other fees, penalties, late charges, and collection notices shall apply as prescribed in this chapter for the collection of delinquent taxes. 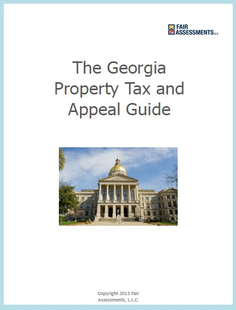