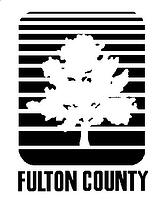 The Fulton County property appraiser, or chief appraiser, has an office in the Fulton County Government Center in downtown Atlanta, at 141 Prior St. SW. Much of the Fulton County tax assessor staff is headquartered here, but there are satellite offices in North and South Fulton County. Depending on where you live, you might want to check with the main office on Prior Street before you head in to talk to somebody about your tax assessment. Finding parking downtown and then finding out you should be somewhere else is not much fun.

The Fulton County tax assessor’s office has been in the news a lot over the years. Approximately 10 years ago there was a scandal when it was revealed that several of the commercial appraisers had taken gifts from various property tax consultants. Since that time the tax assessors hired Tyler Technologies, their mass appraisal software provider, to re-value all of the commercial property in the County. Some values doubled or more, and over the next two years many of the values were rolled back, some to where they were before. Recently, a member of the Board of Tax Assessors lost his real estate appraisal license due to what was apparently poor appraisal standards.

I worked for the Fulton County Board of Tax Assessors for approximately 4 years, and while I was there I like to think that I was part of the solution. Fulton County has hundreds of thousands of parcels, not enough staff to deal with it all, and some staff that don’t take their job seriously. I’m not saying that they’re all bad eggs. There are good appraisers there that know their jobs and will treat you fairly. Fulton is a big County, and things end up falling through the cracks, unintentionally or intentionally.